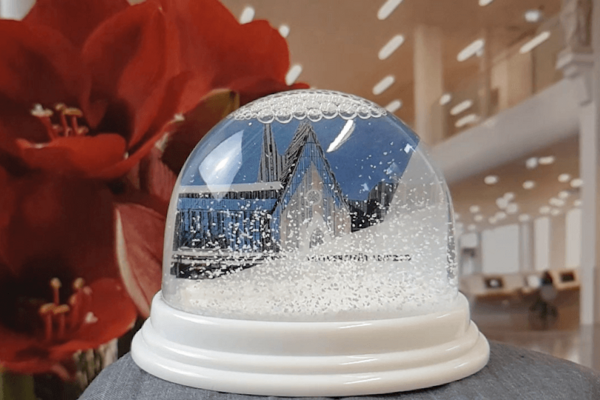 Online Events during the pandemic

The Exhibition HARRY HACHMEISTER. VON DISKO ZU DISKO would have started on Dec. 8, 2021 and will now due to the pandemic be shown online. The date as well as the format will be announced soon by the museum.

This year the university celebrates its 612th birthday online. Institutes as well as departments prepared interesting presentations to various topics in German and English. 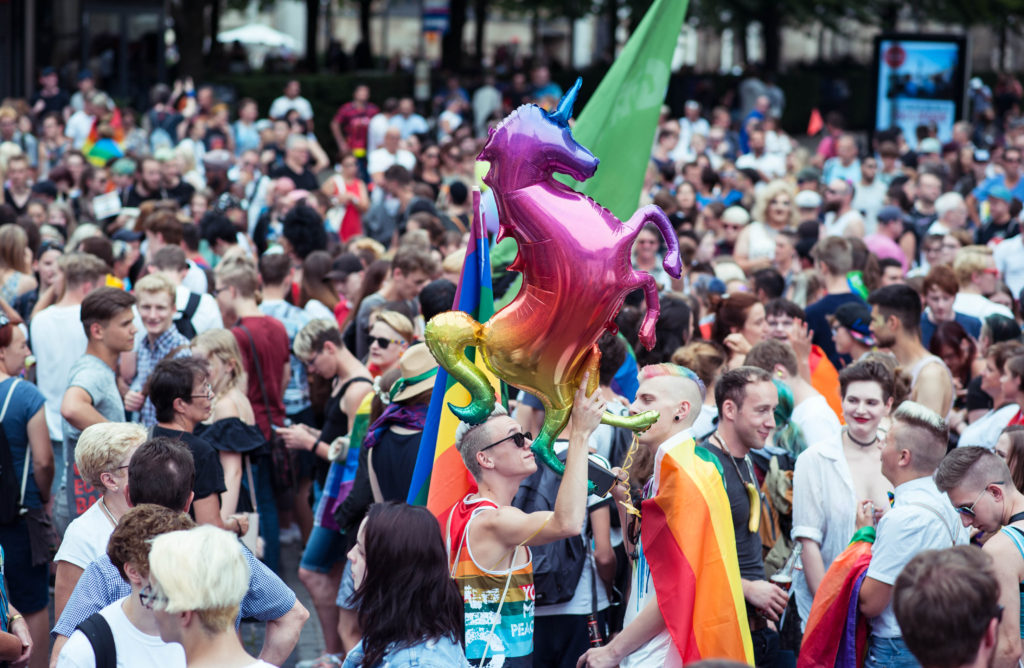 What is the CSD Leipzig?

Christopher Street Day (CSD) is a day of celebration, commemoration and demonstration by lesbians, gays, bisexuals and transgenders. It is a day of demonstrations for the rights of these groups and against discrimination and exclusion. The largest CSD parades in the German-speaking world take place in Cologne and Berlin.
The city of Leipzig and the democratic parties are supporting the CSD movement in Leipzig. The CSD Leipzig started in 1992.

The CSD Leipzig is organized by an association of NPOs, initiatives, self-help groups, student councils, artists and committed private people. Relevant topics are spoken about in a basis democratic manner, a common focus is agreed upon and the event week, as well as the protest march, are planned accordingly. 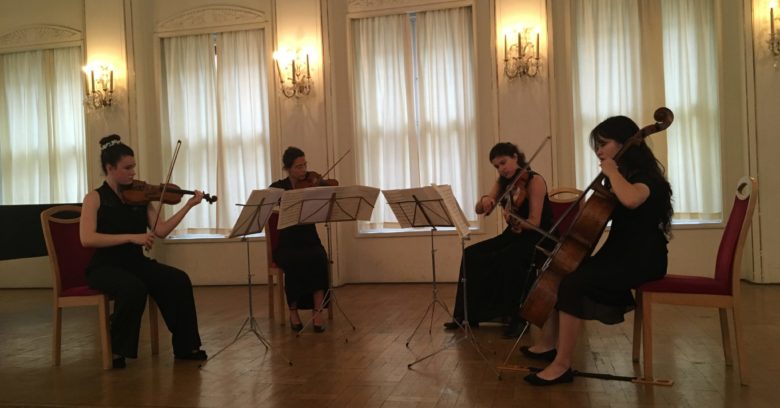 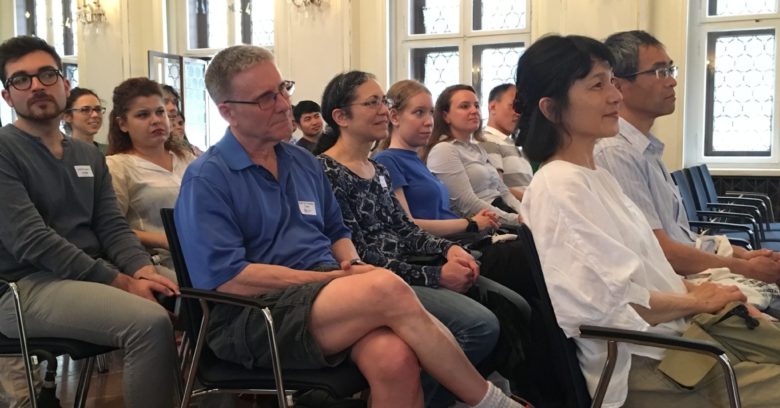 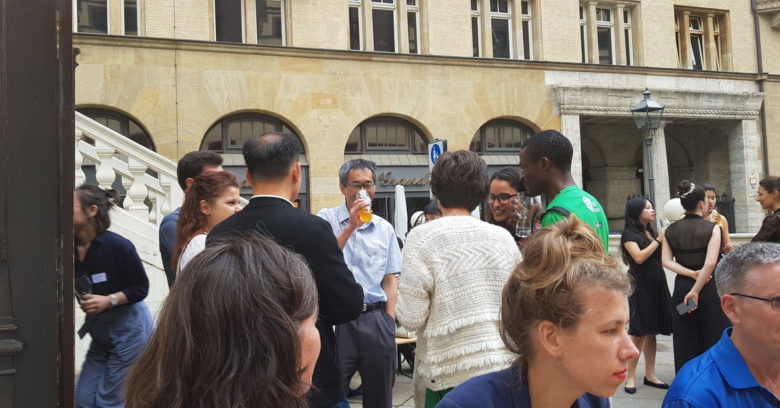 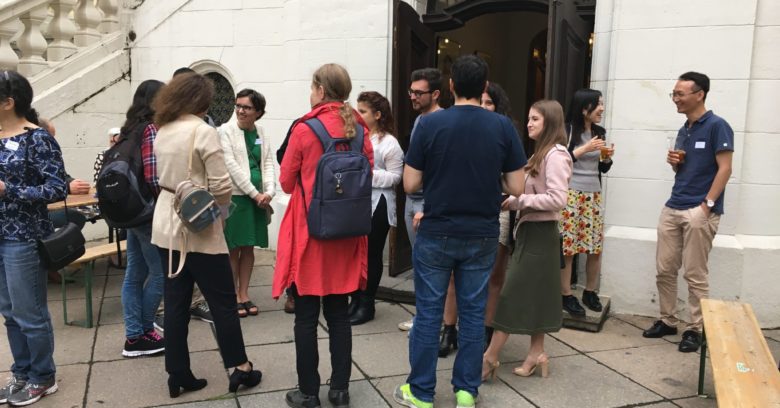 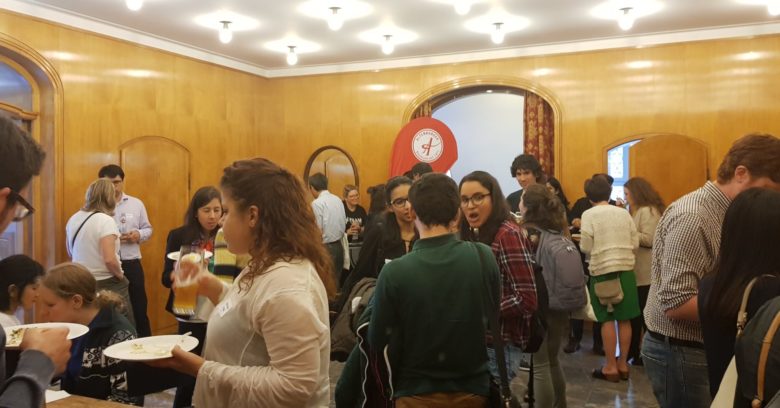 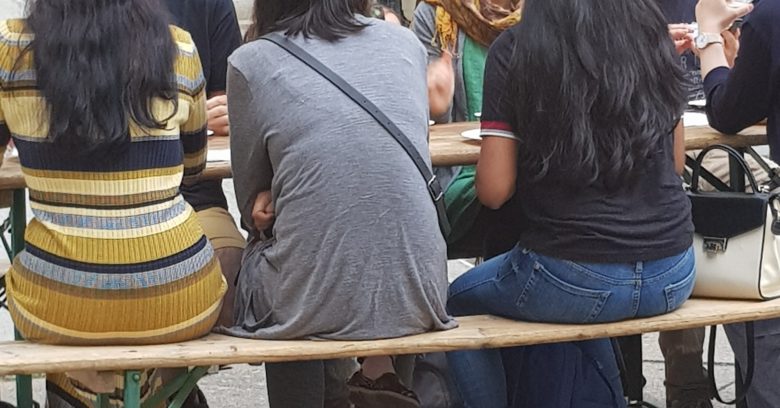 Once every summer, researchers from different Leipzig research institutions gather to meet each other and learn something new about Leipzig. Despite the heavy rain in the hours prior to the event we took over the Old Stock Exchange in the heart of Leipzig. The Old Stock Exchange is Leipzig’s oldest baroque building. In 1678 Leipzig merchants constructed it right next to the old town hall. The building was used as a prestigious place of assembly for 200 years. Dr. Anselm Hartinger – the new director of the Museum of City History – introduced the researchers to the history of the venue and the city.
The main event of the evening was an educational concert. Four international musicians from the University of Music & Theatre performed Robert Schumann’s String Quartet in A Minor, Op. 41 No. 1. The musicians elaborated on the history of Schumann’s work in Leipzig and the origin of this piece. The Hungarian composer Franz Liszt encouraged Schumann in his letter from June 5th 1839 to write a few chamber works. In 1842, almost three full years after receiving the letter from Franz Liszt Schumann began his work on string quartets. As is common for Schumann, he wrote all of his three contributions to the field of chamber music within one year. The piece serves as an example of the rich musical history of our city that followed the encouragement of international colleagues. The piece was followed by one of Astor Piazzolla most important works. The Argentinian composer Piazzolla started his musical education by learning the bandoneon – an instrument with origins tracing back to Saxony. He took great interest in the music of Johann Sebastian Bach and in jazz music. In his career he created the nuevo tango, a new style incorporating elements from jazz and classical music. The piece Oblivion has become one of Piazzolla’s most popular work. The piece was chosen by the film director Marco Bellocchio as the central theme of his film Henry IV (1984).
After the concert, the researchers enjoyed a meal together in the forecourt of the venue.  They took the opportunity to get to know researchers from different Leipzig research institutions. Just as encouragement and inspiration play a crucial role in the creation of new music, they are also vital to new research enterprises. The summer event fostered new research collaborations by connecting these researchers with each other. The event was supported by the Altenburger Brauerei and organized with substantial financial support from the Leipzig Stiftung. 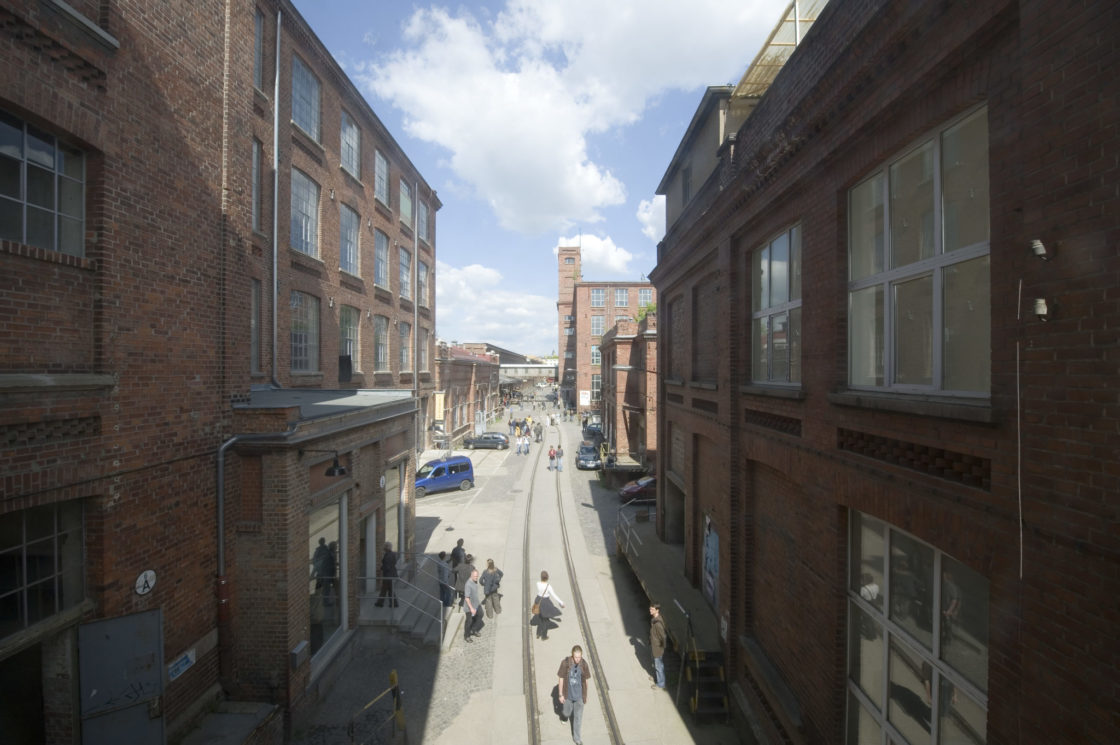 The former cotton mill in Leipzig Plagwitz opens its doors for its traditional September Gallery Tour.

Many galleries and exhibition spaces will open new exhibitions on September 8 and 9. Not only are the galleries interesting and very diverse, but also the site itself is an interesting industrial monument and definitely worth a visit. 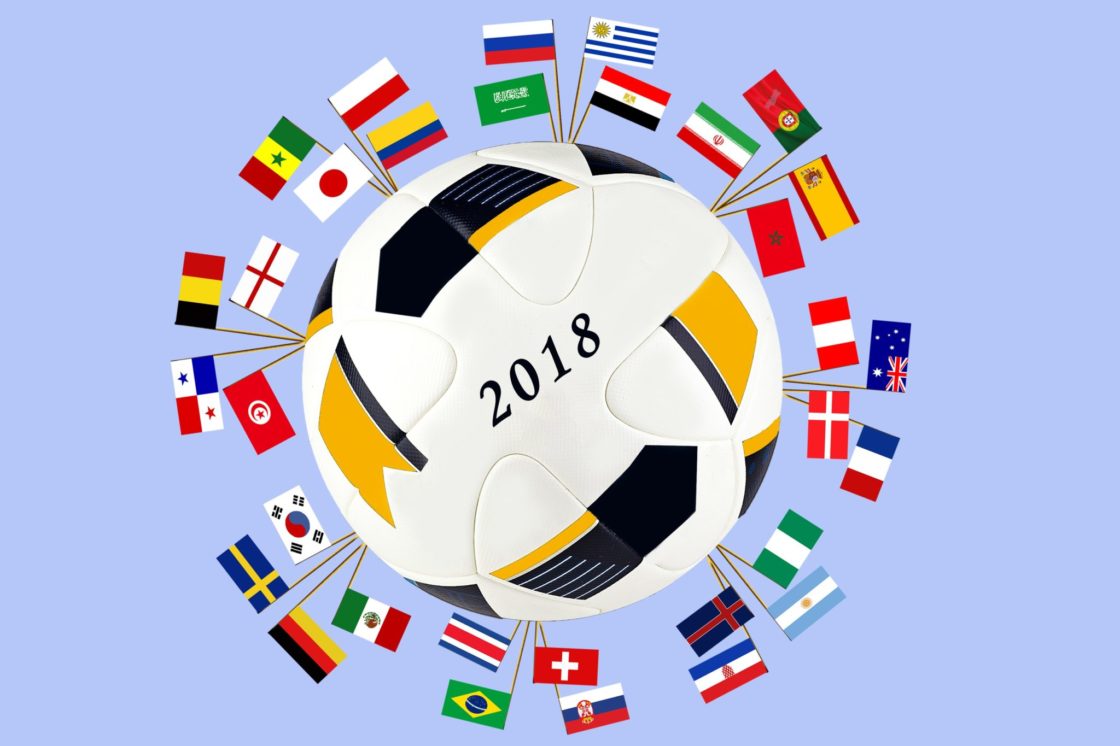 The world’s biggest sporting event is coming soon – the 2018 FIFA World Cup Russia, which takes place from June 14 until July 15.

Here you find a list of  the best spots for public viewing in Leipzig, where you can enjoy the games together with your family and friends.

Our favourite spots are Musikpavillon Leipzig and Glashaus Leipzig, but watching the games at RB Arena with thousands of other fans will be a lot of fun, too.

The Bach festival is a very important musical festival in Leipzig that attracts 75 000 visitors every year. Musical pieces by Johann Sebastian Bach and other important classical composers are performed in different locations all around the city centre in more than 100 events.

This year’s motto is “Zyklen” (cycles). You can listen to many pieces by Bach which are related to lutheran chorals and to the reformation.

There is also a “Bach Open Air” at the market place in Leipzig which is free of charge and a good opportunity for those who want to enjoy classical music in a relaxed environment. 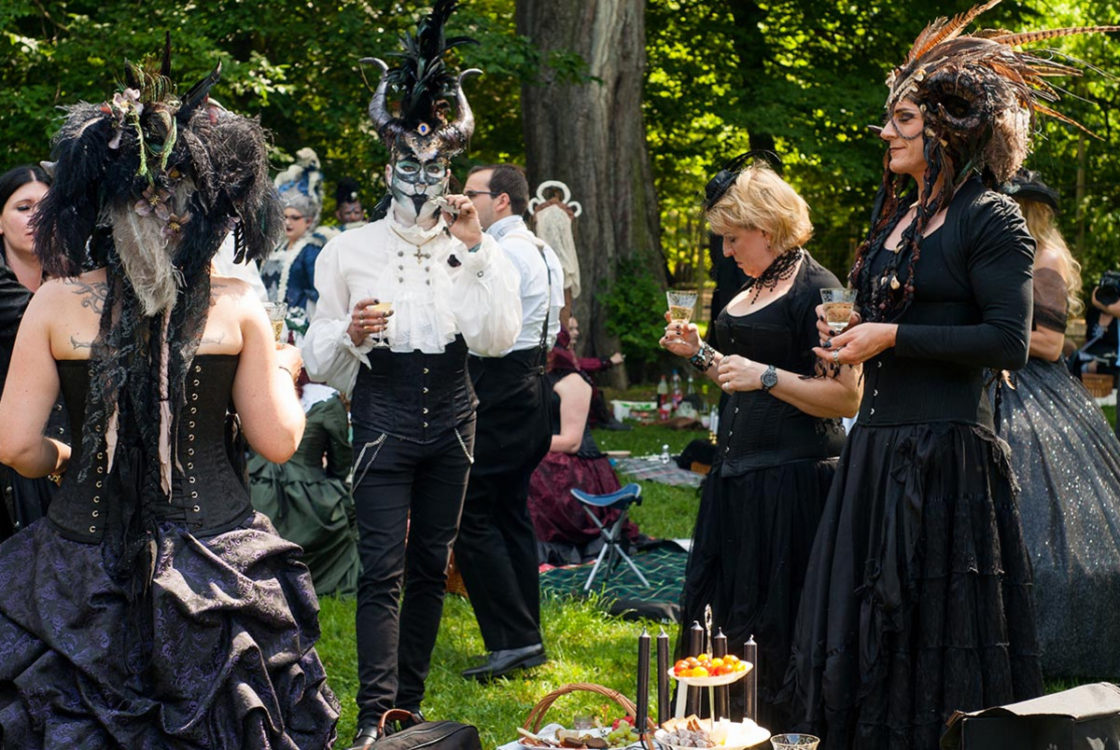 The famous culture and music festival takes place every year in Leipzig since 1992. From May 18 to May 21, the annual world festival for “dark” music and arts will transform Leipzig into a black city. About 20.000 visitors from all over the world come to Leipzig for this gothic event.

All over the city, different concerts and events attract both visitors and locals from Leipzig. For more information, see the article about this year’s festival at Leipzig Glocal Blog and the official festival homepage.

A special recommendation: The Victorian Picnic on Friday, May 18, from 2 to 5 p.m. in the Clara-Zetkin Park is totally worth a visit as you will have the chance to see how people dress up in Victorian, steampunk, baroque or all kinds of neo/dark romantic styles. 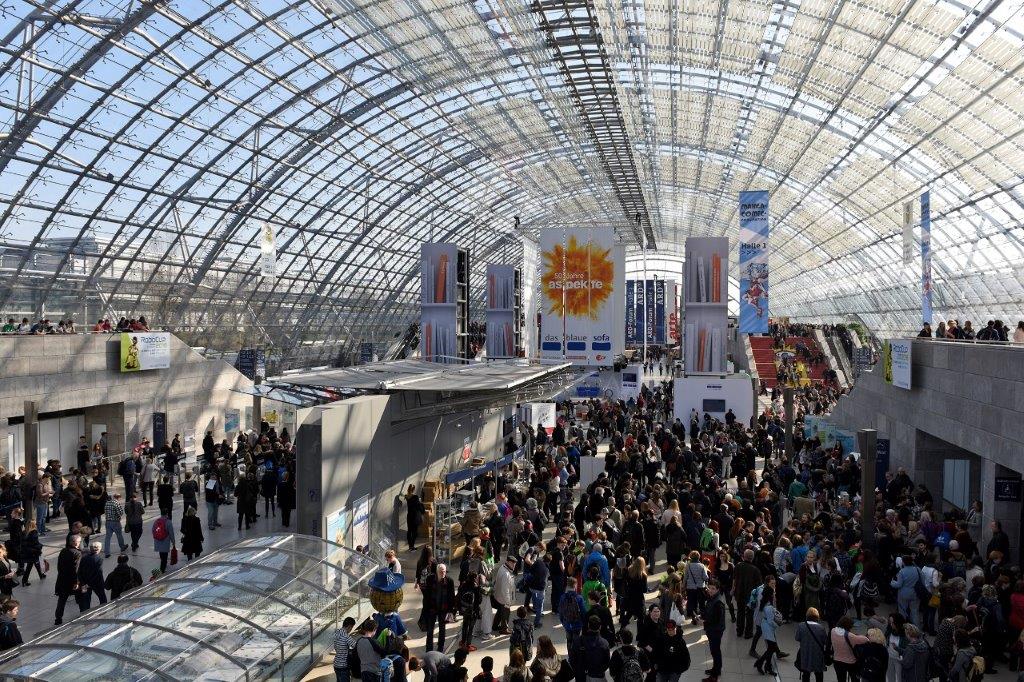 March in Leipzig is characterized by reading. The Leipzig Book Fair and its reading festival “Leipzig reads” are the spring events of the book and media sector. Authors, readers and publishing companies meet to collect information, to engage in exchange and discover what is new. Look forward to diving deeply into the diverse theme areas and the extensive program.

Leipzig offers a unique combination of Fair and the Reading Festival Leipzig reads. Especially this mixture makes the book fair an exciting and varied experience for young and old. The motto is: for four days dive into the fascinating world of literature and discover exciting new publications, authors, programs and publishing companies.

The fair is open for the general public and professional visitors every day, Sunday is family day.

Here you can read more about our individual brands and Theme areas of the book fair. 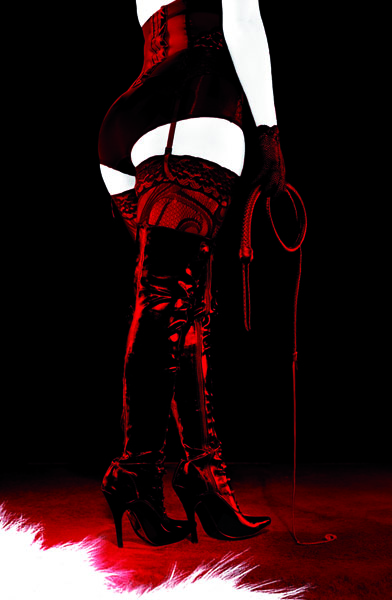 THE ENGLISH THEATRE LEIPZIG shows in corporation with DAS NEUE SCHAUPIEL the Broadway World success by David Ives “Venus in fur”, a sexy drama/comedy based on the novella by Leopold von Sacher-Masoch from 1870. The novella is part of his epic series Legacy of Cain and the origin of masochism as we know it today.

Story: A young, vulgar and unschooled actress shows up to audition for the lead role of a new theatre production. The prestigious theatre director is not confident about her approach but eventually he lets her audition. And finally sees her as the perfect cast. A bizarre game of power and submission begins and nobody really knows who’s dominating whom. Only one thing seems perfectly clear: something is wrong with this woman. 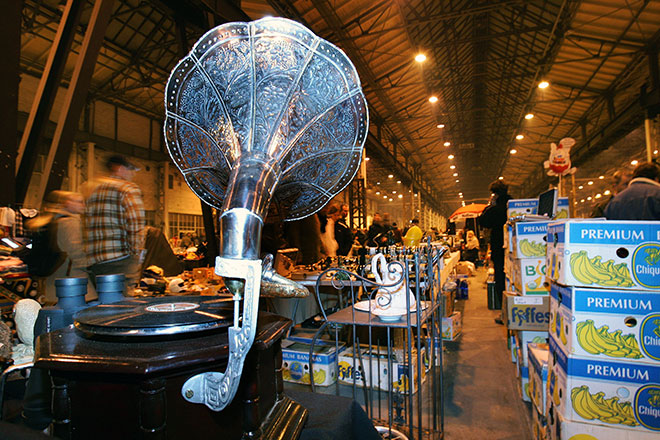 Don’t miss this year’s popular night flea market in Leipzig. The event has tradition already, celebrating this year it’s 17th birthday. Awarded as one of TOP 10 flea markets in Germany with over 200 dealer offer rare, nostalgic, cult and useful items, from books, dolls, paintings, clothing, photographs, books, records and furniture et cetera the market offers something for everybody. The location Kohlrabizirkus is famous for its unique and charming architecture.