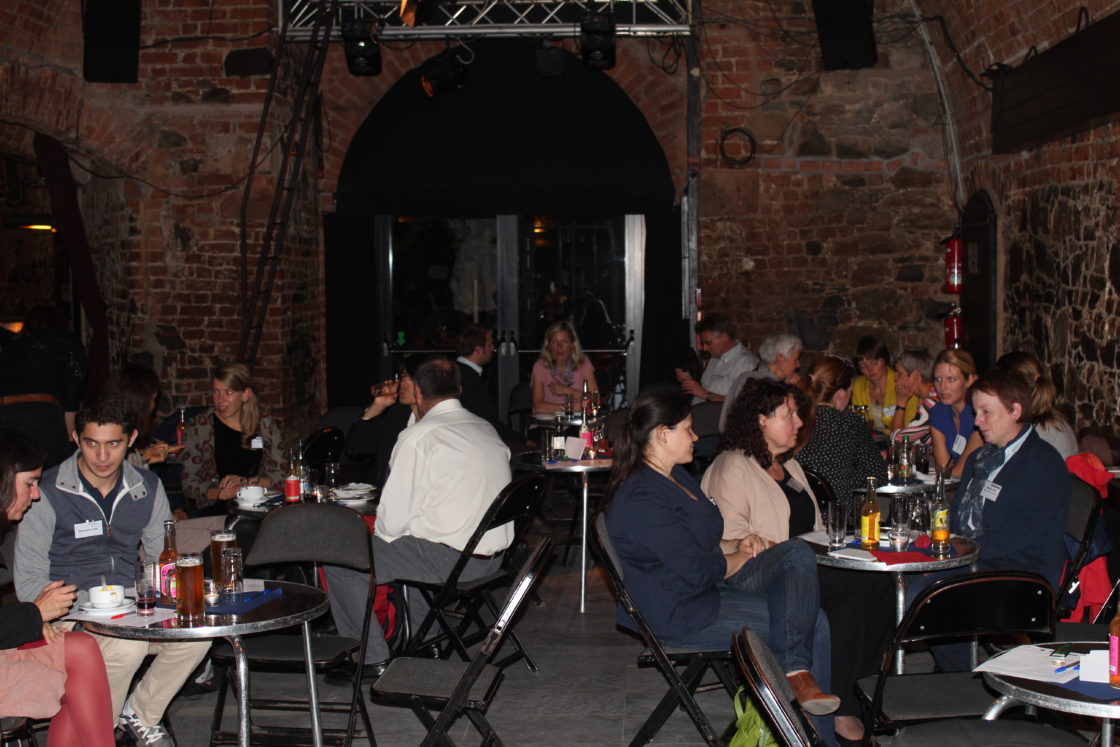 Once a year, the members of the “Welcome to Leipzig” network get together at the cultural centre “Moritzbastei”, the biggest student club in Europe in the heart of Leipzig. It is an opportunity for the different network partners to meet and get to know one another. During the meetings, the different stakeholders discuss recent developments in the project and how things will continue in the future.

The first network meeting took place in 2014. It focused on the experiences of guest researchers in Germany – both positive and negative. First of all, the patrons of the event, Matthias Schwarz, Vice Rector for Research and Young Academics, and Andreas Müller, Mayor for General Administration, talked about their own arrival in Leipzig and other cities. Afterwards, researchers talked very openly about what had made their arrival in Leipzig easier and about what could still be improved. Cedric Krummes from Luxembourg criticized the fact that the doors of the authorities always seemed to be closed, and was disappointed that staff did not offer consultation in foreign languages. However, Danuta Rytel-Schwarz, a Polish professor at the Institute for Slavonic Studies, stressed that she was met with helpfulness when looking for a kindergarten place and that before long she felt at home in Leipzig. The network meeting helped the different stakeholders to get to know each other. Annemone Fabricius, coordinator of the “Welcome to Leipzig” project, was referring to the guests who were in attendance when she said, “We have succeeded in eliminating the anonymity between the university administration and the municipal authorities.”

The following network meeting was held in September 2015. Representatives from the Family Information Office, the Authority of Public Order, the Department of Migration and Integration, the tax authorities and the Saxon Education Agency gave short talks to report from their own areas. Afterwards, everybody had the opportunity to ask questions about developments in these fields. Employees of Leipzig University, the city administration and the research institutions in Leipzig as well as guest scientists were invited to enjoy a snack and drink and talk about the numerous topics and challenges in their areas and in daily life as a guest researcher.

The network meeting is part of every project year.