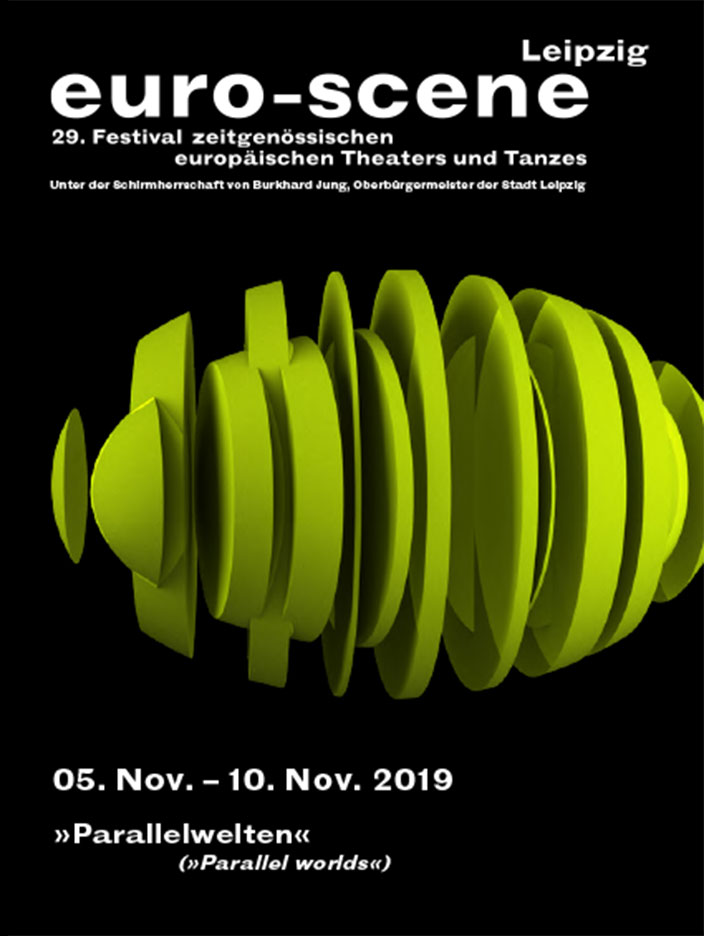 This year’s festival is the 29th edition of the euro scene festival and has as its motto “parallel worlds”. 10 guest performances from 8 countries will be shown in around 22 performances and 7 venues. The programme includes dance and spoken theatre, performances and a play for children. The festival of contemporary European theatre and dance is devoting itself to different levels that lie parallel to one another or are interwoven: For example, the real and fictitious, the social and individual as well as the conscious and unconscious levels.

The highly controversial play “Am Königsweg” by the famous Austrian author Elfriede Jelinek opens the festival at Schauspiel Leipzig. It will be staged by the puppeteer, puppet-builder and director Nikolaus Habjan from Vienna who has performed at the festival several times in the past. Amongst many other inspiring plays, there will be the performance “Das Lackballett” by the painter, sculptor and scene-painter Oscar Schlemmer who was part of Bauhaus. It will be interpreted by the company “Theater der Klänge” from Dusseldorf.

The competition »Das beste deutsche Tanzsolo« (»Best German Dance Solo«), conceived by Alain Platel from Ghent, will take place in the context of the festival for the 14th time.

Here you can see the whole festival programme. For further information, please go to the festival webpage.

[photo and information taken from www.euro-scene.de]