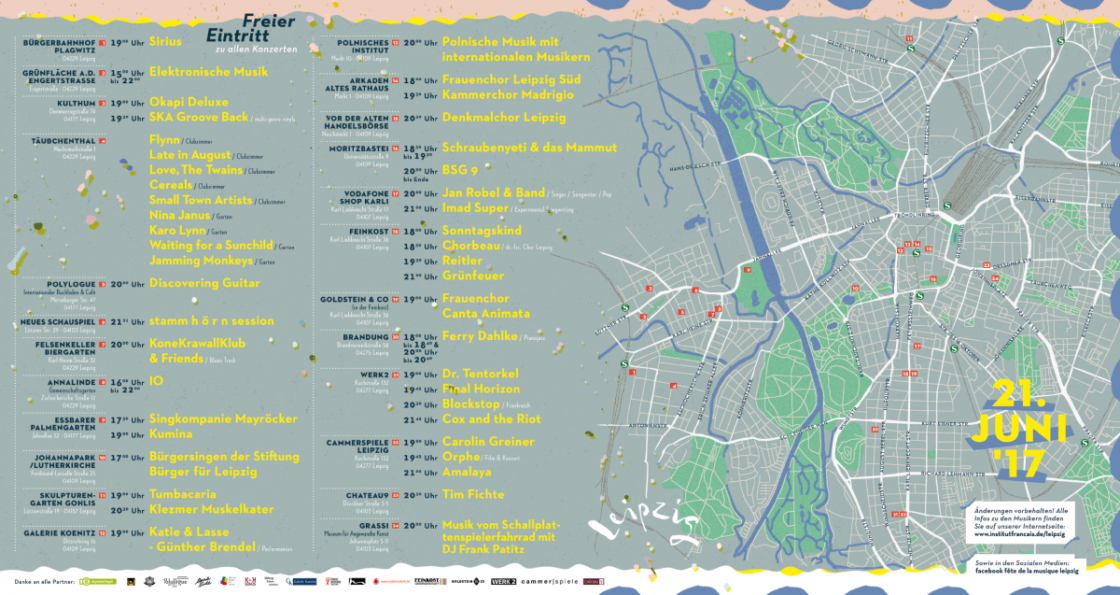 Faites de la musique! (make music) is the motto of the Music Day on June 21. The event was originally initiated by the French Minister of Culture, Jack Lang, who thought it was a pity that even though many people played an instrument, there were not many public concerts. In 1982, the first “Fête de la musique” took place in Paris and ever since, it has been celebrated in more than 700 cities in more than 120 countries with thousands of concerts in public places, clubs and concert venues.

Leipzig is one of these cities and there will be a colourful programme in very different in- and outdoor locations. All concerts are for free (one of the principles of the festival).
You can find the programme of this year’s Fête de la musique in Leipzig on the website of the institut français.